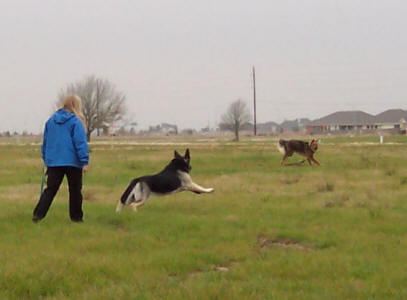 These are my favorite pictures of him, taken the same day.  We were visiting the site on which we were planning to build our new house.
Before he became crippled by illness he was an immensely powerful, vigorous dog.  He used to herd Sammy, and he was so powerful
that he could both outrun and out-turn the younger dog that one would expect to be quicker and more agile. 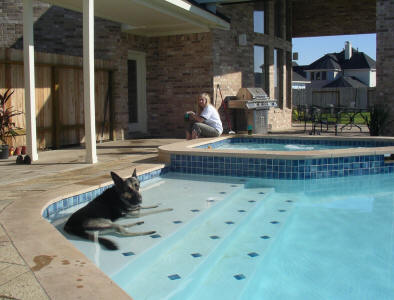 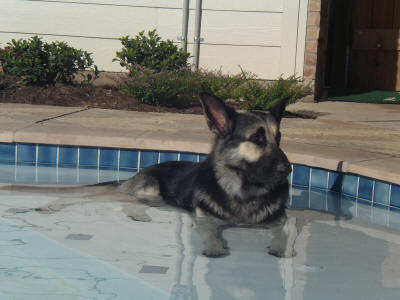 Shadow loved to lie in the pool, particularly on hot days.  He wasn't all that crazy about swimming, although he was good at it. 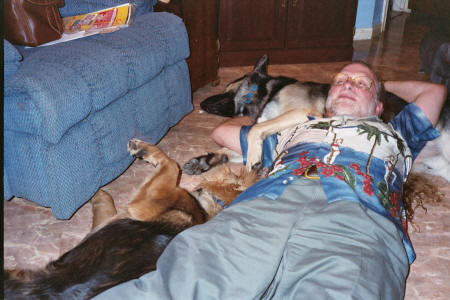 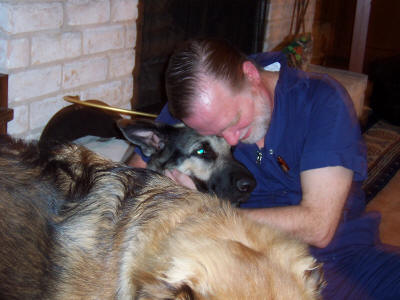 Both Debby and I loved Shadow extravagently. 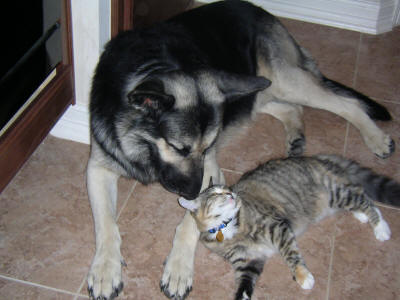 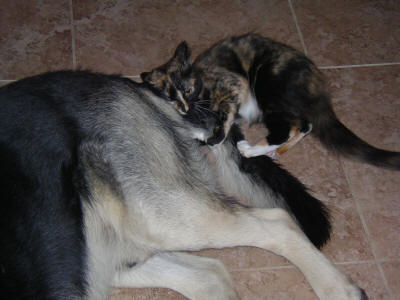 The cats knew that he would never hurt them.  Molly would groom his tail ... and then spit out the course hair ... Yuck!  ... and then keep
grooming it again.  I think she figured if she tried hard enough she could fix that fur. 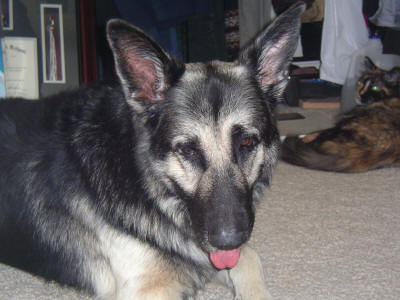 These pictures were taken the day we put him down.  His seizures became too hard for us to handle, and his good times were becoming
not all that great either.  It was very, very hard to do and we miss him ... terribly.